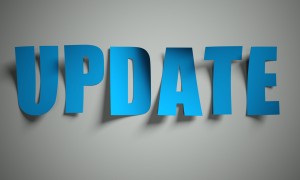 The first deadline for the UDI rule is approaching.  The FDA released their final rule for UDI on September 20, 2013.  Most medical devices will require a UDI or Universal Device Identifier within the next seven years.  The UDI will have many benefits such as improved product information and faster product identification for problems or recalls. The following timeline shows when certain devices are required to have a UDI label.

September 24, 2014 – Class III devices and software; devices licensed under the US PHS Act

September 24, 2018 – Class I devices; devices not classified as Class I, II or III; direct marking of Class II devices for some uses

September 24, 2020 – Direct marking of Class I devices and devices not classified as Class I, II or III for some uses

The FDA has released a training guide for assistance in compliance with the UDI rule.  The training guide covers topics such as: UDI overview, how to request a GUDID, and how to get started with a GUDID.

FDA has accredited the following agencies for UDI: